According to press reports,  Guatemala, Belice, El Salvador, Honduras, Costa Rica, Panamá and México agreed to conduct a pilot experience of transporting people as an eventual solution to the problem posed by the Cuban migrants in Costa Rican soil.

Thus, the transportation of this first group of Cubans would take place in the first week of January, according to the final communique of the second technical meeting of the member nations of the Central America Integration System, which met in the Guatemalan Foreign Ministry.

According to the Costa Rican newspaper La Nacion, the Cuban migrants would be air lifted to El Salvador, from where they would continue their trip by bus towards Mexico. The Costa Rican Foreign Ministry noted that  the Cubans would leave the country with guarantees from the nations they would cross that these countries would keep constant coordination to guarantee the success of the move.

"Some countries have requested reserve and discretion about the agreed course of action and we must be respectful of that request, since some technical aspects must be confirmed by the political authorities, mainly about the personal security of the persons to be moved”, said  the Costa Rican Minister of Foreign Relations Manuel Gonzalez.

The participants in this meeting at Guatemala City, a continuation  of that  held on 22 December with similar objectives in Mexico, confirmed that this is just a move to meet a particular situation and must not be interpreted as a precedent in the región.

At the meeting, Costa Rica thanked the contribution of Guatemala and of all participants to the solution of the problem created by the accumulation of Cuban migrants in its border with Nicaragua.

On the other hand, after speaking at the Foreign Relations Commission of the Cuban National Assembly of Peoples Power, the Cuban  Foreign Minister Bruno Rodriguez said: I am convinced that the politization of the US migration policy towards Cuba must change, and the US must stop “its encouragement of an ilegal, insecure and disordered migration”.

The Cuban Foreign Minister said his country did not attend the Guatemala meeting “because it touched specifically those nations that must find a solution that the Cuban Government has requested that must be adequate, that it take into consideration the welfare of our citizens and be as quick as possible”.

In this context, the Roman Catholic Pope declared that all necessary efforts should be conducted to solve the situation of the Cubans in Central America”.

“My thoughts go  at this momento to the many Cuban migrants who are undergoing a difficult period in Central America, many of whom ar the victims of traffickers of human beings .  I invite the nations in the area, said the Pope, to renew with generosity all needed efforts to find a prompt solution to this humanitarian drama”. The Pope spoke after the ceremony of the Angelus in the Vatican.

The Costa Rican Government announced on December 18 that it would not grant any more transit visas and that those migrants found to be illegal would be deported. 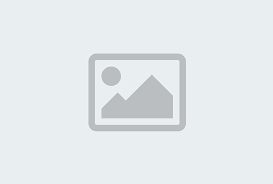